As foreseen the time came to leave school again. This should happen on late Tuesday night. Departure has been booked with a taxi at 23:30 to Shiyan station. To my pleasure 6 students came out of their rooms so late to send me good bye!

The journey turned out being not spectacular, but that the driver decided at about the half of the way to switch me over into another taxi as she became too tired to do the entire way.

In the railway station I had to wait for one hour at first noting that the train would have 15 minutes delay. Which means instead at 01:50 at 02:05. When it arrived I had to run quick to the wagon. However I obviously failed in reading the Chinese characters as I run straight forward into the wrong train; Luckily I noticed that early enough and sprinted back to the real train. That has been pretty much short in time….

Quickly found my sleeping place in the fully darkened wagon, closed the eyes as the time of arrival in Chongqing was supposed to be at 10:45 with connection by high-speed train to Chengdu one hour later. Therefore I woke up at 09:30 besides the fact that lights were turned on at 07:00 already and all other passengers discussed quite loudly already. Ear – Plugs are a real great invention…!

At 10:45 we reached the station; But not the one of Chongqing but one somewhere in the prairie. Well, so I thought it would take another 15 minutes. But that the 15 minutes became half and hour the half hour a full… High-speed trained missed and still not arrived and that’s why I catched up with an officer trying to tell him that I am about to miss my train. He talked loudly to me, almost shouting, which however did not understand at all but other passengers got curious about the situation and made them come over to have a look. When the officer stepped away, indeed, one of the passengers started talking to me in pretty much good English. And as I had to notice that China Mobile has cut my contract already, instead of one day later as foreseen, I also haven’t had any more internet and so could not contact my friend in Chengdu. Well, and this nice gentleman granted me with a WiFi access via his mobile phone and even took a huge effort to get to know if I could get another high speed train to Chengdu or not. In the meanwhile we got to know that our train would not arrive before 14:00. And so it happened that I would not get any high speed train at all. The gentle gentleman however continued with his research in order to know what other possibilities I might have to reach my destination. And there is this application called “DIDI”. DIDI is a car sharing platform. And so he just contacted a driver, a private person, who would go at 15:30 to Chengdu and would be ok to pick me up. However the nice gentleman had to leave the train a station before Chongqing. However not without ensuring that we changed our WeChat data and a young couple of the same wagon space would grant me WiFi and support. And even afterwards he contacted me regularly to know if all is going well. OK, the young couple, especially the young lady took a huge effort as well to make sure that all is running well. She proposed me to go with me to the ticket counter so I could get my money back for the booked but missed high speed train and that I can find the driver. As said as done. They accompanied me to everywhere indeed, regulated everything for me, gave a call to people and managed to find the driver ensuring that I am in the car indeed and that I am driven.

Seriously: A huge respect and gratefulness to them!

Well, the driver himself a young man the car not to mention anything special. And as said we started at 15:30. Estimate driving time to Chengdu 3.5 – 4 hours. BUT! He cruised up and down Chongqing to slowly mick up three other passengers! – This gave opportunity to me to quickly jump in a China Mobile store to renew my contract. How long it took to pick up the passengers? 2 hours. Than we left Chongqing indeed. In a crazy zick-zack driving and very irregular speed we took the highway. Until the moment when one passengers noted he is hungry and the driver recognized he wouldn’t have enough gas to reach Chengdu. So we left the highway. Again 45 minutes lost. At first we were disposed somewhere in any city. The driver disappeared to a gas station. It would have been better going to a high way station, but that most likely would have been too easy. In the meanwhile my friend gave him several rings to remind him to drive me much quicker to the agreed location as we would lose our connection train to his place. Even the nice gentleman of the train followed up this issue.

Well, so we came closer to Chengdu and the driver got the exit. As to be noted he did not deliver at first me as it should be, but at the other side of the town those who got on the car the latest! I asked him how long to go: 1 more hour. So I notified my friend straight away who than gave a call to the driver. With success that he used deviations again and drove slower which brought us another 15 minutes of delay…

Well, finally at 23:05 (!!!) we reached our destination! My any reason the driver immediately shouted on my friend. I only know that it was about that the ride from Chongqing to Chengdu is very difficult. So my friend told him that this zick-zack unregulair driving just delayed everything. Well, at the end my friend and I had to look for a hotel what we did and managed to do. After a midnight meal til 02:00 in the morning we finally got a sleep.

The next morning we went by taxi, a normal one and not such an idiot, to the railway station to go by high speed train to Qingchengsahn. We even had luck to get tickets as a internet pre-check has shown that no more would be available. – Destiny?

Arrived in Qingchengshan we took the road to his place. A Daoist institute as he would be confirmed very soon a Daoist monk and priest. This gave me the opportunity to have a deeper look into the templeand to talk with the people, to get to know his master and to get more information about Daoist details. Later on we went by feet into the mountains, to another temple where he lives most of the time. A pretty much simple thing. There we met the grand master and they told me more about the life in a temple. A unique opportunity for me to dive deeper in this Daoist philosophy. At this stage it is worth to know that Qingchengshan is aside Wudangshan one of the 4 main areas of Daoism and apparently even the most important one.

The next day we had to go back already. For me that meant to go by speed train back to Chengdu, within 30 minutes. Than by subway within another 50 minutes to the main railway station, until all pressure got the the high speed train to Chongqing. Again I had to notice that it is not that easy to get oriented in these huge Chinese station. This is also because that indications suddenly are not available any more, even though the destination is not reached. Luckily most is translated into English, even though most of it is quite a fantasy English und gives the searching person freedom to confusion. But what ever. Just in time I reached the train. After 01:50 traveling and a speed of up to 295 km/h we reached Chongqing. Here as well as in other places and as described before inn other articles, some confusion to know where the metro is. Luckily I knew the way in general already. When I want to get a ticket, the distributor did not want to take the last coin. Great that an official noticed that and helped me out. Many thanks for that! Another 40 Minutes of driving and I reached the airport. Same organization here as in the railway stations…. At first to run up and down and finally to take note that I would have to take another bus in order to go to the correct terminal. Again 20 minutes lost. Finally at the right counter it has been revealed that I and my baggage could only be checked to Kunming due to Chinese regulations. And that even though I would have a 01:45 hours stop – over only…

Well, arrived in Kunming I walked forward as fast as possible to get my baggage. Very quickly another 40 minutes passed by. If I got nervous? YEEEESS! And than the direct access to international connections was closed already. At 23:40… So, out of the terminal, asking around where I would have to go which successes after several trials only and checked in. Great that my baggage and I got checked through final destination. However they did not want to or could provide me with the boarding pass until Paris, but not until final destination… So, another challenge to come. – China Eastern Airlines rocks! But what ever. I reached my flight to Paris with 20 minutes in advance. Big advantage on my flight with China Eastern: I had a full row of 4 seats on my own and could you them as a bed. Until the moment when I left for a moment and a Chinese lady pirated my seats. Well, I occupied myself for the first hours and then I just took her away the pillow under her head as she has taken all of them and started to take back my place.

By that another adventure with the name „Sven in China“ comes to an end. 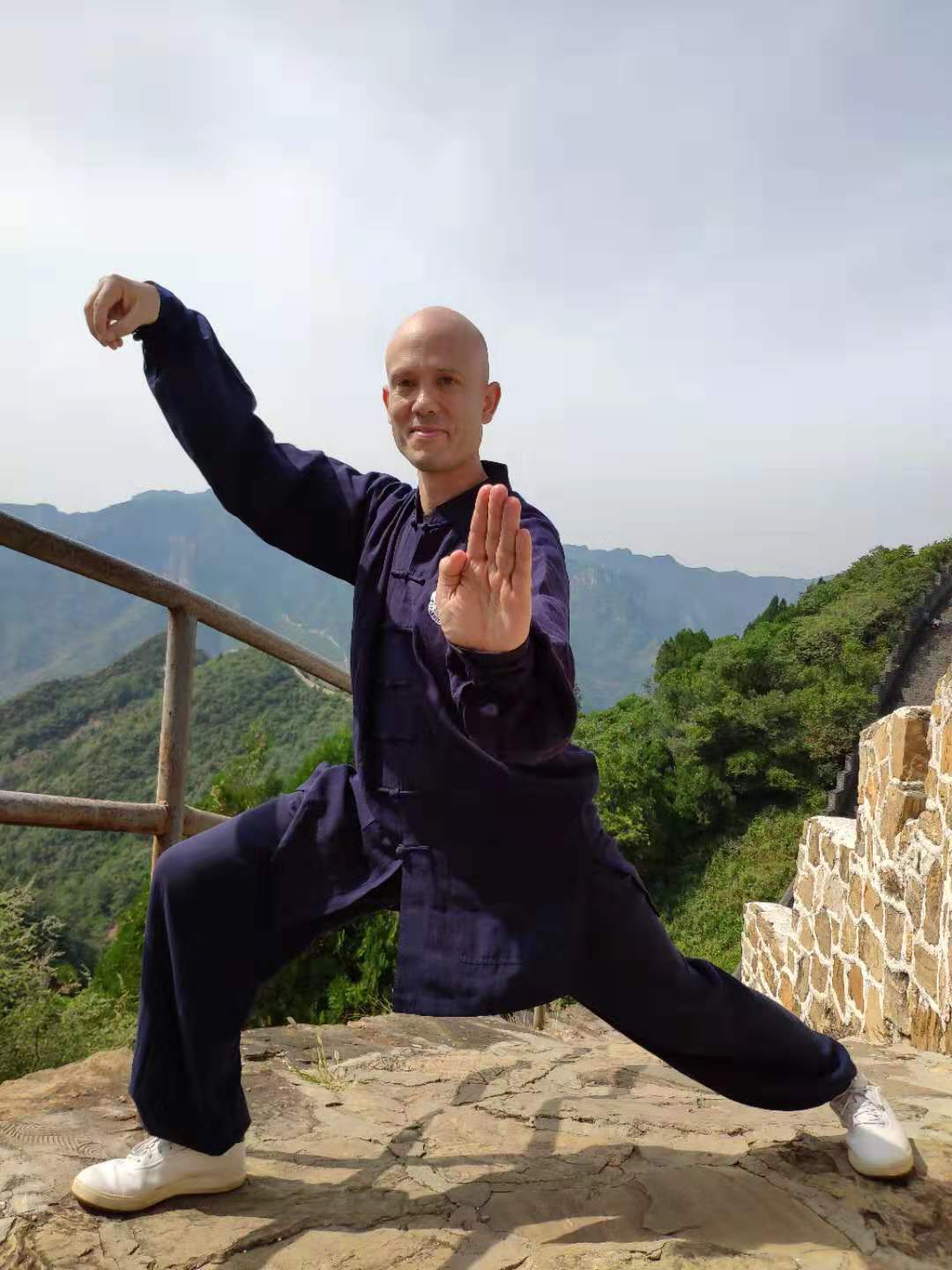 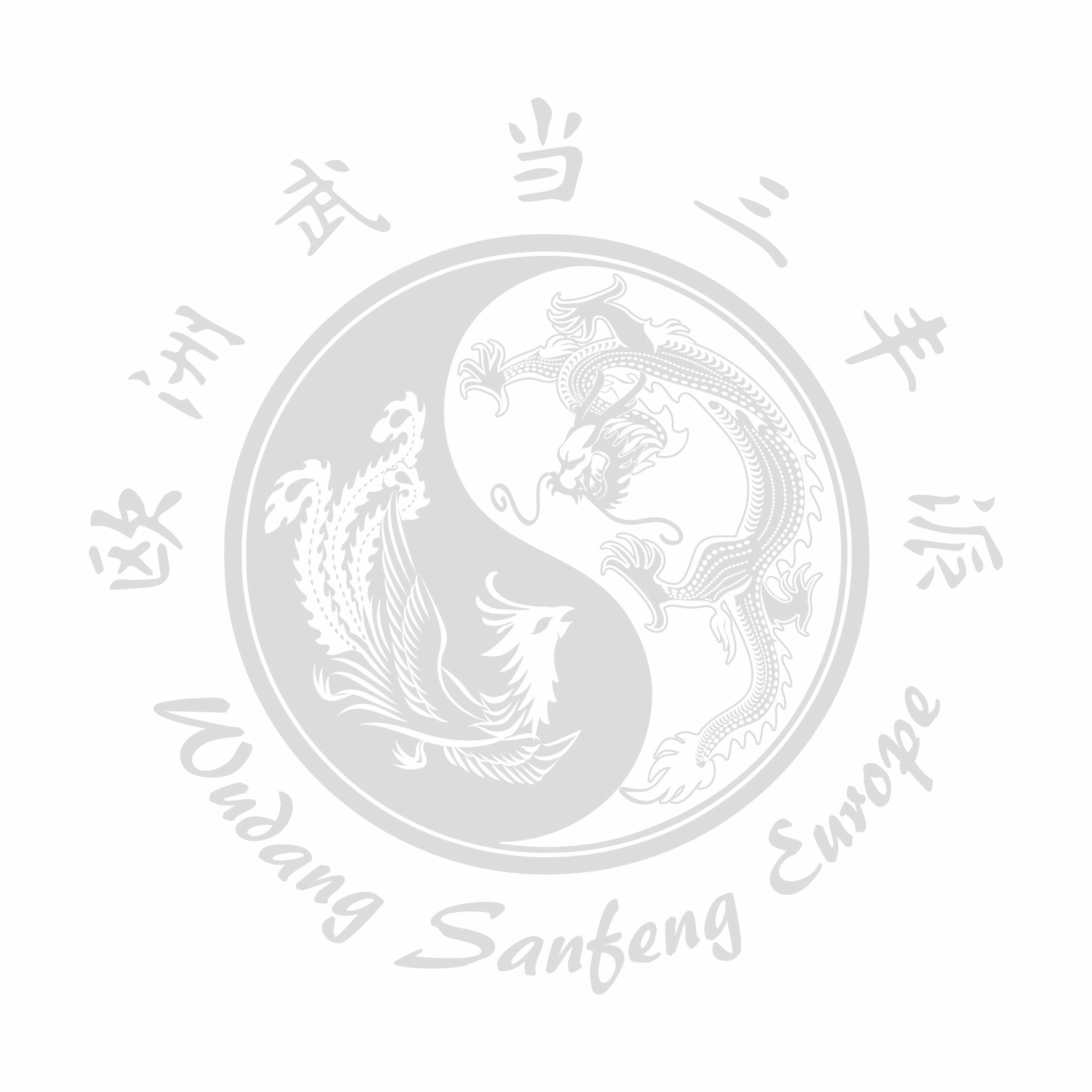